The Relationship Between Modesty and Lust

When Scripture references clothing it does so in one of four ways. The first use is the moral use, to cover up the body. We see this illustrated directly in the first references to clothing in the Bible in the story of Adam and Eve. Last week, we looked at this a little more closely and discussed the principle of modesty. The short definition of modesty in this context is to be covered, and the idea behind it as it relates to women is a long, flowing garment. The opposite of modesty is immodesty, which is nakedness, insufficient covering, and emphasized form.

Make no mistake, modesty is a principle that applies to both men and women. Again, we see this in the very first reference in the Bible to clothing in the story of Adam and Eve. Purity is also for both men and women, in action and thought. But there is something very interesting in the Bible. The commands and instructions related to modesty are clearly directed toward women. For example, In like manner also, that women adorn themselves in modest apparel (I Timothy 2.9). The commands and instructions related to sexual lust are clearly directed toward men. For example, Whosoever looketh on a woman to lust after her hath committed adultery with her already in his heart (Matthew 5.28). Lust not after her beauty in thine heart (Proverbs 6.25).

In short, God warns the woman about modesty and the man about lust. Either, of course, can sin in either way, but the burden of responsibility is primarily placed in this order in the Word of God. So with this by way of an explanation of the main thought, let me give your four statements of application.

First, we are each of us responsible for our own sin. I do not have the right to blame someone else for my sin – even if my sin was instigated as a reaction to their sin. If someone abuses me and I respond with bitterness I am responsible for my own sin. I say often in counseling, “Your response is your responsibility.” Another person’s wrong actions did not cause your sin; their wrong actions revealed your sin.

I have a temper problem, I am sorry to admit. I have worked on it over the years but it is still with me. Solomon tells us, A soft answer turneth away wrath: But grievous words stir up anger (Proverbs 15.1). If you hurl grievous words at me I am prone to respond with anger in my heart. But I cannot blame you for that. My anger is my own fault. It is my responsibility. What did our Lord tell Peter was his responsibility when sinned against? To forgive continually (Matthew 18.21-22). I cannot respond to your sin with sin of my own and blame you for it. My sin is my fault. Your sin is your fault. 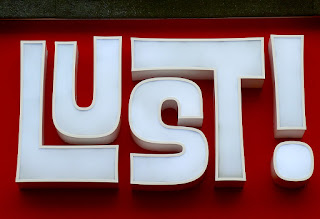 This point applies directly to modesty and lust, does it not? If a woman dresses immodestly and I respond with lust in my heart who is at fault? Yes. She cannot blame me for not being able to handle a little skin, and I cannot blame her for exposing that skin. We are each of us responsible before God.

Second, I do not have the right to say that since his response is his responsibility I have no responsibility for his response. “Wait. You just said he is responsible for his own actions.” Yes, I did. But I believe I should put the weight on myself on either side of this transaction. In other words, if her immodesty provoked me to lust, I should bear that responsibility. But if my grievous words stirred you to anger I should own some of that. I bear some measure of culpability.

It is at best unkind, and at worst sinful for me to take an action that I know will cause a sin struggle in someone else’s life. Thou shalt not curse the deaf, nor put a stumblingblock before the blind, but shalt fear thy God (Leviticus 19.14).

We see this played out in real life in the case of Balak and Balaam. Balaam taught Balak to send his girls to the Jewish boys to seduce them away from Jehovah. Was each Jewish man still responsible for their sin? Yes. Were Balaam and Balak innocent? Not on your life. But I have a few things against thee, because thou hast there them that hold the doctrine of Balaam, who taught Balac to cast a stumblingblock before the children of Israel, to eat things sacrificed unto idols, and to commit fornication (Revelation 2.14). Or lets take David and Bathsheba for another example. He should not have lusted. She should not have been immodest. He could not blame her for his sin, but she still bears some culpability scripturally.

An immodestly dressed woman is like a cigarette at a gas pump. The cigarette does not explode; the explosion comes as a result of the inherent instability of the fuel. But whoever lit the thing is an absolute fool. I can hear the responses being typed furiously all the way from Iowa. “Well, he should control himself!” Amen, sister, amen. He should walk in the Spirit and thus not fulfil the lusts of the flesh. And you should not run around half-clothed.

Third, in the areas of modesty and lust each of us thus bears responsibility. As a man, I am responsible to keep my thought life pure. And a woman is responsible to dress modestly. Sadly, American Christianity has increasingly rejected this.

In 2007, an evangelical blog site run by two brothers conducted a modesty survey that became rather infamous back in the day. I read it when it came out. As I was preparing this series I went looking for it. I found the original survey contents had been scrubbed from the site. Go look. The link leads to a dead page as does every other link to the survey on their site. One hundred fifty questions were asked to 1,600 guys. The response included detailed discussions about what provokes a man to lust. The basic idea was to use it to help women understand how much of a problem this is for men, and to understand how specific actions and clothing choices on their part contribute to this problem for men. So where did it go? The Christian community of women in their orbit responded with horror. They loudly asserted this was the man’s problem to deal with, not theirs. And if you do not think I am correct, go to any evangelical university and try to discuss it. You will be quickly educated to the contrary. 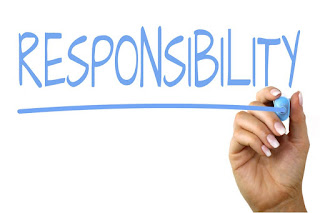 …but hold on a minute. Is lust a man’s problem. Biblically, yes. Practically, yes. Is he completely responsible to deal with it? Also, yes. Does he have any right to blame the woman dressed immodestly in his presence? No. Does that mean the women in the family of God have no responsibility in this area toward their brothers in Christ? Of course not; that is sheer nonsense no matter how many evangelicals spout it.

Fourth, then, I must own my responsibility.

Email ThisBlogThis!Share to TwitterShare to FacebookShare to Pinterest
Labels: standards