The Only Two Kinds of Evangelism

A Philosophy of Personal Evangelism 4

In the last post we briefly sketched for you a history of evangelism from the time of Early Church to the birth (or re-birth) of mass evangelism in the eighteenth century. This is a series that attempts to teach you the reasons that underlie our emphasis on personal evangelism. To do so, it helps us to understand how evangelism has flowed through history. In that light, let us pick up the thread of the story again in the eighteenth century where we last left it. 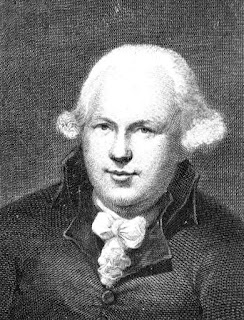 Following the birth of mass evangelism, or perhaps I should say along with it, came the birth of enlistment evangelism. Robert Raikes (1736-1811), out of a desire to see the street children of his day receive both a religious and a secular education, revolutionized England via the Sunday School. He was so successful that by 1831, within twenty years of his death, one out of every four children in the country were receiving a religious education in Sunday School.

This successful idea naturally came to America, and then spread around the world as the re-birthed modern missions movement pioneered by Carey sent British and American preachers into every continent.

The original premise of the Sunday School system was an attempt to enroll unchurched people in a small class. This brought them under the influence of the Word of God and the sound of the Gospel. At the same time, it explained to them doctrinal concepts about God and man in a non-threatening manner. In his own inimitable style Mark Twain humorously shows us this in his classic Tom Sawyer. With Sunday Schools being started by the thousands all across the world the result in the nineteenth century was a wide scriptural literacy and huge numbers of people being evangelized.

As the nineteenth century rolled into the twentieth the pace of technological change began to accelerate. The century that would begin with horseless carriages still being relatively rare would end with the dawn of the information superhighway. In the early decades of the century this technology was aimed squarely at enabling humanity to communicate faster and wider. Evangelistic minded Christians immediately seized upon radio, television, and then the internet to communicate the gospel. We broadly label this approach as media evangelism.

Historically, in Western society, pastors did not attempt to build churches. By "build" here I mean to grow them. They did not need to for the vast majority of the European and American population attended church, period. They preached the Gospel and pastored the people but they did not put much emphasis on church growth methods. I am not aware of any church growth book written in the nineteenth century, let alone centuries prior. But in the twentieth century that changed as church attendance began to wane. The result was an increasing emphasis on adding programs that would appeal to, attract, or reach various subsets of the population.

I call this concept niche evangelism. Modern churches have programs centered on divorce recovery, addicts, prisoners, senior citizens in nursing homes, young mothers, teenagers, college students, athletes, etc. About once a month I get a call from a random Christian comedian who wants to come to Maplewood. What is that (besides ridiculous)? It is an attempt to reach people who like comedy. CCM artists do the same thing with music. Examples of niche evangelism are numerous.

Some of this is done inside the local church structure and some of it is not. But they are all

I would be remiss if I did not include before I am done with this sketch the rise of personal evangelism that began in American society with the post WWII generation. Motivated in part at least by a desire for church growth but also a sincere burden for the lost, influential and large churches in the 1950s increasingly emphasized organized personal soul winning. Every person reading this blog understands that because we grew up in that kind of a church culture, were nourished in that culture, and if we did not we have certainly encountered it. It is found most often but not exclusively in Baptist circles, and though it has waxed and waned through the decades it is certainly still incorporated on a wide scale.

If the purpose of this brief sketch is to learn from history what do we learn? I think we could answer that several ways but in the context of this series we see this: in reality, there are only two kinds of evangelism – personal and impersonal. 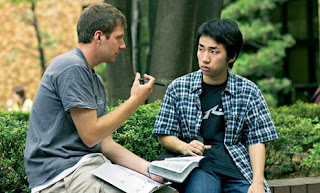 Personal evangelism – one person talking to another person about his need for Christ with a view of bringing him to a decision – is different than all of these. It is individually tailored. It is almost certainly the method that guarantees the highest rate of clarity. And it is also the only one that has a real possibility to reach every person.

In the weeks to come we will explore this last paragraph in more depth. As always, you are more than welcome to add your own perspective here. It is always welcome.