Alcohol 12 - A Side Helping of Charity

note: a few years ago someone emailed me a question about what is perhaps the most difficult verse in the Bible in relation to alcohol; for my last blog post about alcohol in this series I offer you my answer to him 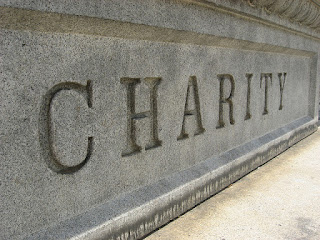 Some time ago you asked me a question about this verse, and I told you I would get back to you about it. I have spent some time studying the subject of the Bible and alcohol, and in fact preached a series of six sermons about it on Wednesday nights a couple of years ago. (If you want them I will be glad to send them to you). In that series I come down on the side of abstention, though at the same time I can be charitable in my mind to those of my brethren who disagree with me. I have zero patience for some of their arguments i.e. Jesus made alcohol, 'wine' in the Bible is always alcohol, etc. but there are at least two verses that I freely (albeit painfully) acknowledge give me a bit of a pause. One is the verse above and the other is I Tim 3.8. I don't believe these two verses allow a restrained use of alcoholic beverages, but I can certainly see why some would believe they do, so I can be charitable in my mind to those who disagree with me.

One of my guiding principles in hermeneutics is this: which side does the weight come down on? This is especially true when dealing with issues that are not particularly clear cut i.e. certain doctrinal aspects of soteriological terms, aspects of calvinism, dress standards, etc. In my six sermon series on alcohol I used literally hundreds of Bible verses to establish the danger and folly of drinking. On the other hand there are, at most, only two that seem to say the opposite, or that I cannot clearly reconcile in my own mind. So when I stack up several hundred verses on one side (don't drink) against the only two I can't explain completely on the other side, I come down on the side of don't drink with a side helping of grace/charity for those who disagree with me. 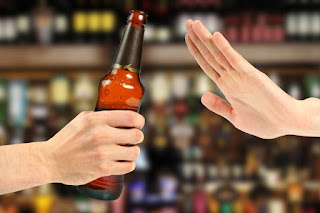 That is the big picture of my approach. Now let me give you something more specific to Deut 14.26. There are some conservative Christians who assert that 'strong drink' here doesn't mean alcohol. I disagree. I do agree that 'wine' doesn't always mean alcohol, but 'strong drink' is rather clear to me, and as a KJV man who doesn't believe in correcting the Bible I cannot hold that position only until it is convenient for me to correct the Bible. IOW, I do believe Moses is here stating that one is free to purchase alcoholic beverages and consume them during the consumption of the tithe feast at Jerusalem.

Having admitted that potentially damaging statement into evidence, let me add two other thoughts with direct bearing on this verse.

1) This is in the direct context of an OT Jewish feast observance, or at least of a Jewish ceremonial law observance. I strongly believe the NT Christian is still under the moral code of the OT Law (nine of the 10 commandments) but I am convinced that the NT Christian is not under the ceremonial or civil aspects of OT Law. Deuteronomy 14.26 is not a part of the moral code of the OT Law. As such, it is no longer applicable to the Christian in the NT. Do you take your tithe to the Tabernacle/Temple @ Shiloh or Jerusalem once a year and use it to throw your family and employees a party? Of course not, and for good reason. Then an intellectually honest argument cannot use this verse to defend a pro-drinking position for the NT Christian. One cannot rationally say, 'I have the right to apply one part of this verse and the right to reject the rest.' Either apply it all or reject it all. 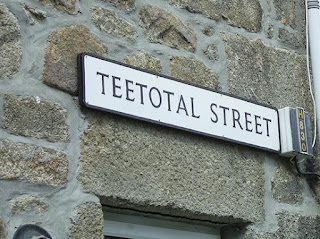 2) You are familiar, I'm sure, with the doctrinal concept of progressive revelation. God, in the process of giving His Word over 1600 years, became progressively more specific about Who He is and what He expects of us. There are certainly aspects of OT practice that the NT, in essence, frowns on. Polygamy is a great example of this. Divorce is another. It was allowed under Mosaic Law but Jesus revealed to us more of God's mind in that incredibly revealing statement, 'Moses because of the hardness of your hearts suffered you to put away your wives:' To me, though here good men too disagree, the NT is clear. Divorce is not allowed, for God doesn't want it, even if He will allow you to do it b/c you want it so strongly. The expanded/progressive revelation contained in the rest of Scripture reveal God's full mind on the subject, and show that even though divorce is allowed it shouldn't be done. I think that exact same thing applies to Deuteronomy 14.26. God allowed them to buy/consume alcohol b/c they strongly wanted to do so, but as the revelation of Himself progresses throughout the rest of Scripture we can see His mind quite clearly on the subject of alcohol - it is to be completely avoided.

I try to be intellectually honest with myself when studying/preaching/practicing the Scriptures. I'm sure I don't always do it correctly. But for these reasons, amongst others, I feel perfectly content getting up and preaching complete abstention rather than just controlled drinking. I think I'm quite clearly on the right side of the issue as it is explained in Scripture. I don't assert that blindly, either, for I have studied it a bit. On the other hand, there is just enough murkiness in Bible statements on this so as to prevent me from absolutely trashing another person who disagrees with me on this. I'm right, and they're wrong, and I don't hesitate to preach that, but I do think I should do so with humility in my position - just in case I'm wrong. ;)

Hope that helps you to answer this question, and, of course, I would welcome your feedback when you get around to it. Praying for you all, and especially your upcoming trip to Texas.