Give Attendance to Reading


The cloke that I left at Troas with Carpus, when thou comest, bring with thee, and the books, but especially the parchments.
II Timothy 4.13


Till I come, give attendance to reading, to exhortation, to doctrine.
I Timothy 4.13 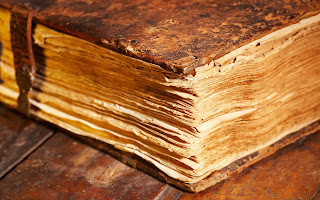 Paul, sitting in a dank, damp dungeon, was cold. He wanted Timothy to bring him a warm cloak that he had left on the shores of Turkey in the care of Carpus when he embarked for his voyage to Rome. As with all of us, his bodily comfort was important to him, and rightly so. But more than he wanted to be warmed against the chill of a Roman prison he wanted sustenance for his mind. He wanted books. He wanted parchments.

Paul was almost certainly either a member of the Sanhedrin or in training to be when he got saved. He was both highly educated and brilliant. As an apostle, his writings to the Church were directly inspired by God. Yet in spite of all of this, he still wants to read, he still wants to study, he still wants information flowing across his mind.

Likewise, it was important to him that his protégé, Timothy, incorporate this same desire into the DNA of his ministry. Give attendance carries an implication in the original language similar to the devotion one would give a religion, a devotion that was to be both deep and continual. In other words, in Paul's view and the Holy Spirit's, the minister of a New Testament church ought to be fervent and constant in his pursuit of the knowledge, wisdom, and understanding found in books.

In most religious systems this is a given. For some reason, however, in the independent Baptist movement, this idea is sometimes viewed with skepticism. That skepticism is sold by sincere, influential leaders to younger men under the guise of spirituality and wisdom. The only book you need, some men say, is the Bible. Commentaries are dangerous. Studying the original languages is dangerous. Study will turn you into a stuff-shirt deeper-lifer, and will kill the soul winning fervor that ought to be at the center of your ministry. Other leaders, just as sincere, would fractionally widen a man's book list to include books written by their favorite independent Baptist guru, but then criticize those who would step outside that narrow reading circle. Still other leaders carry a default suspicion of anything that smacks of intellectualism. Such leadership has turned whole sub-groups of pastors into men whose bookshelves are as empty as their minds, and whose churches consequently have little to no depth in their doctrine and practice. 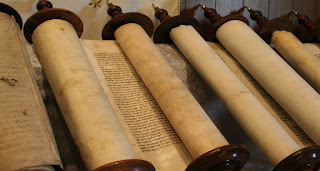 In this series, I will pay my respects in detail to those whose reading circle is too wide, but the wisdom given in response of making it so narrow as to be practically non-existent is questionable at best. I take that back; such a statement is too nice. It is not questionable; it is flat out disobedient. No matter what reason is given by a pastor for his lack of reading and study it is nothing more than a bad excuse. We are not unable. We are not too busy. We are not too isolated. God explicitly commands His men to be in the books.

I realize some men are more prone to intellectual pursuits than others. But this is also true of soul-winners, however, and just as I refuse to accept that only the volubly gifted should be soul-winners so I refuse to accept that only the intellectually gifted should study. A cultivation of reading and a pursuit of study are to mark every pastor's ministry, regardless of his built-in tendencies, of his strengths and weaknesses.

There are a number of practical reasons why God instructed His men to put a primacy on reading. In today's post, I will give you a few of them that apply to everyone, and next week we will look at some that apply more specifically to pastors.

Reading improves your ability to empathize with others. It trains your mind to become instinctually emotionally attached. In other words, it teaches you to care.

According to the Journal of the American Academy of Neurology consistent reading strengthens your memory and your overall mental ability at every stage of life.
Reading is to the brain what cardio and weightlifting are to the body. They push us beyond our current capacity, and thus increase that capacity. In other words, reading makes you smarter; your brain literally becomes better at processing information of all kinds. In fact, reading is so beneficial in this area it actually helps to protect you from developing Alzheimer's disease.

A peer-reviewed study published by the University of Toronto  found reading not only increases our vocabulary, as would be expected, but somewhat surprisingly it also makes us better public speakers. As our command of language increases, and the ease and comfort which we exhibit around words grows, our ability to communicate grows along with it, even in front of groups of people.

Reading reduces your stress level. By turning your mind into a completely different channel, reading rests a body tensed by concern or work. It slows down your heart rate and eases strain on your muscles. In a vocation such as the ministry which carries such tremendous levels of measurable stress the relaxation brought by reading can be invaluable.

Reading is so beneficial to us in so many ways that a 2016 study by the Yale School of Public Health, in which it surveyed 3,600 men and women over the age of 50 for twelve years, found that those who read as little as thirty minutes a day lived on average two years longer than those who did not. Indeed, we would be wise to give attendance to reading for these practical reasons alone. 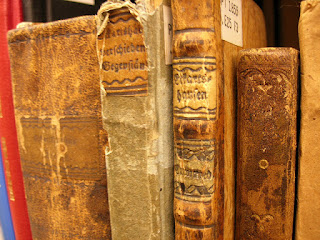 Over the next several months in this blog series, I plan to explore not only the benefits that come to a pastor who lives in the books, but also some philosophical and practical wisdom about how to do so. We will look at what kinds of books to read and what kinds to avoid. We will examine which types of books are helpful in the ministry and why, as well as give you specific examples of these kinds of books. We will also see how to incorporate this into your life, and how to develop yourself as a reader, one who understands how to study to shew thyself approved unto God, a workman that needeth not to be ashamed, rightly dividing the word of truth. (II Timothy 2.15)

I invite you along for the ride. As always, your feedback is welcomed, even when your perspective disagrees with my own. I simply desire to be a blessing to you, and through you to others as you serve the Lord.