Evil In the Midst, Part Two… The Deception of Success and Excitement

Success, in our generation, has taken on all the allure of Californian gold in the summer of 1849. It has become the be all and end all, the motivation and justification, and the only measuring stick most use in assessing another individual’s life. “How to” books replete with self help theories that inevitably lead to success fly off the shelves. Seminars specializing in and promising people success are packed and jammed. Television shows about how to be successful according to the most recent expert garner high ratings. Our world is fascinated with success. 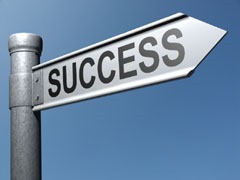 For what exactly is success, and is it that with which our world is so entranced?

The foundation of all truth is the Scripture, and Scripture only uses the word ‘success’ on one occasion: This book of the law shall not depart out of thy mouth; but thou shalt meditate therein day and night, that thou mayest observe to do according to all that is written therein: for then thou shalt make thy way prosperous, and then thou shalt have good success. (Joshua 1:8)

When a person gives their life to reading, meditating, studying, memorizing, and most importantly obeying Scripture the end result is clear – a life in which every decision made and every step taken is prosperous and successful, for every step taken is Scriptural. The root word for success in the original language here is elsewhere translated as understand, understanding, wise, wisely, prudent, skill, etc. the idea being that a person who knows and follows the precepts of Scripture will behave themselves wisely. It is this behaving of oneself wisely, and conducting oneself and ones actions with prudence and Scriptural understanding that IS success. In other words, success is not to be found in what I have accomplished but rather in how closely I have structured my life in accordance with the Scripture.

In the religious realm such thinking often pervades Christians as well. While not as crass or worldly, perhaps, as society in general, many will still seek to measure a preacher’s success based upon what he has apparently accomplished. They will look at the number of bodies sitting in his pews, the size and condition of the buildings his church and ministries occupy, and the amount of money flowing into the collection plates as evidence of his success. Nothing could be further from the Scriptural truth.

If we carefully examine Scripture we will find countless examples of men commended by God for great faith and obedience who, in the eyes of men, accomplished very little. Abel did nothing of any significance beyond simply giving a Scriptural sacrifice and becoming a murder victim. Enoch built no great enterprise but his testimony was “that he pleased God” (Hebrews 11: 5). Noah only produced seven converts in 100 years of preaching. Jeremiah, known as the Weeping Prophet, had little to no accomplishment in his ministry. Jesus Himself died with only 2 people still faithful to Him looking on and one of them was His mother! Yet all of these were undoubtedly successful for all of these undoubtedly structured their lives in complete obedience to revealed will of God.

Please do not misunderstand the teaching here. Little churches are not more spiritual or successful than big ones, but neither are big ones more spiritual or successful than little ones. Scripturally obedient churches and Scripturally obedient men are successful, period. When Christians have labeled with certainty that God is, in fact, using a particular man greatly because of what they can see happening in his ministry those Christians have misunderstood Scriptural success.

Allow me to again interject a personal testimony. I have had the privilege of being part of some huge, exciting ministries. I have been an active member for a period of years in a church numbering in the thousands. I have sat in that great congregation, enjoying immensely the gifted musicians, the high grade pulpiteering, the professional level of services, and the veritable plethora of programs offered by such a church. I am not against such big, exciting ministries; I am for them and all they do for the cause of Christ. But I have been around the block long enough to understand that a fair number of the people wound up in the middle of that big, exciting ministry are not wound up about serving and obeying God; rather they are wound up about the excitement.

People in the midst of an exciting religious situation often want to stay there. Many a young person has moved to a large church to train for the ministry and ended up staying there for decades, and in a sense who can blame them? The big, exciting church has all sorts of things to offer them that a lonely life of service on the cold and dark Arctic mission field cannot. Sometimes it is also true that people can make poor spiritual decisions because of the very atmosphere of excitement in which they find themselves. That was certainly the case with Peter in the midst of the most exciting spiritual experience of his life, the experience which birthed the explanatory phrase ‘a mountaintop experience,’ when he said unto Jesus, Lord, it is good for us to be here: if thou wilt, let us make here three tabernacles; one for thee, and one for Moses, and one for Elias. (Matthew 17:4) He did not want to leave that location of religious excitement and made a poor spiritual decision because of it. 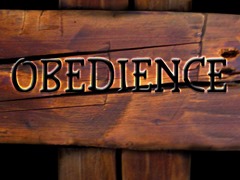 Let it be carefully reiterated that excitement in the service for Christ is not bad. What is bad is the belief that God is working in a great way in a particular church or movement, and using a particular preacher in a great way simply because the atmosphere surrounding him is exciting. That atmosphere can often deceive the most sincere Christian into using the measuring stick of accomplishment, size, national reputation, etc. when the Scriptural measuring stick is obedience to precepts of Scripture. Perhaps that atmosphere of success is merely man’s achievement produced by exciting religious experiences, and not simple success, which is obedience.