A Philosophy of Personal Evangelism 2

One of my burdens is to explain why. In my opinion, the previous generation of 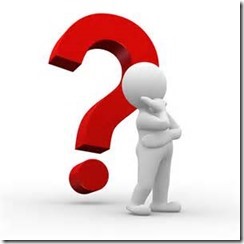 independent Baptist preachers in America largely failed in this. I think that failure directly contributes to the (generally younger generation's) abandonment of doctrines and distinctives that we hold dear. The solution offered to this by some (generally older generation's) is to yell louder. I am all for preaching but shouting loudly on a weak point is not the answer. They need a why to hold them. I want to help to give them one.

In the context of personal evangelism this becomes, "Why do we personally confront strangers with the Gospel? Isn't that rude? Won't it run them off? Isn't it ineffective? Isn't it manipulative?" This blog series attempts to answer those questions, to lay out a scriptural philosophy for why we embrace personal evangelism.

The first reason we should win souls is to obey God's instructions that we do so. And he said unto them, Go ye into all the world, and preach the Gospel to every creature. (Mark 16.15) This is commonly known as the Great Commission.

"Wait a minute there, Rev. Brennan. You know that was given to the Apostles, right? The church did not even exist then. It was a wonderful statement but it wasn't given to the Church."

Au contraire. The church was founded in Matthew 16 in the mountains around Caeserea Philippi the summer before Jesus death. Thus, it started before this giving of the Great Commission rather than after it, at Pentecost, in Acts 2. Additionally, Jesus' instructions after His Resurrection were not confined to the Apostles. At one point, He appeared to a crowd of more than five hundred people. (I Corinthians 15) Immediately after the Ascension there were one hundred twenty gathered in the Upper Room in Jerusalem. (Acts 1) It is clear from Acts that each member of that church took responsibility to witness. They did not believe that commission was only given to the Apostles. No, they believed each member had a responsibility to be after people with the gospel. Therefore they that were scattered abroad went every where preaching the word. (Acts 8.4)

The Great Commission was entrusted to the church. My church. Your church. Me. You. And I want both of us to obey God.

The second reason is that the world needs Christ, and that need is staggering. There are 2.7 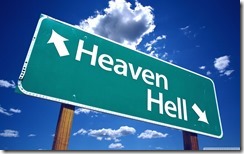 million souls in my city, 5.2 million in my county, 314 million in my country, and 7.5 billion on my world. In the time it took me to write this post 15,000 people were born and another 10,000 died. It took the world 5,800 years to get to the first billion, and one hundred twenty three years to get to the next billion. For thirteen years I have labored in Chicago. During that time the world was birthing another Chicago every two weeks. That is an increase of a billion just since I moved here.

We must go to people with the gospel. Now. If there has ever been a time in the history of Christianity that this has been true – and it has always been true – it is true now. We cannot afford to sit on our blessed assurance and let the world go to hell.

Finally, we must lead our people to actively witness because they must if they are going to grow in grace. (II Peter 3.18)

Initially, as a baby Christian, if spiritual growth were projected onto a graph the line would be jagged at best. Young Christians grow in one area and completely neglect another. They like church but refuse to give up their old music. They read the Bible but only throw the occasional $20 in the offering plate. They want their parents to get saved but they still curse like a sailor on the job.

As we move on to Christian maturity we discover that in order to continue to grow that growth must be more even. In other words, to grow in one area requires growing in another. For example, if I want to grow in prayer I must also grow in holiness. If I want to grow in love, joy, and peace I must deal with long held resentments and bitterness. Increasingly, we find the areas of our spiritual growth are inter-related, intertwined if you will.

Mature Christians are not mature by definition if they are severely stunted in one area; the lack of progress in this negatively impacts that, and it can actually result in backsliding entire. When a Christian moves from salvation to being a babe in Christ he can have whole gaps in his knowledge and application and the Holy Spirit will continue to teach him. But when a Christian moves on to maturity the whole man must be elevated spiritually together.

God is in the business of growing you and me, beloved. He intends to develop us into complete, well rounded Christians, with strengths, certainly, but not with huge gaps such as baby Christians often have. But let patience have her perfect work; that ye may be perfect and entire, wanting nothing. (James 1.4)

Practically speaking as a pastor, I am not going to continue to develop the prayer life of our church if I do not also develop their giving, holiness, study, service, knowledge of God, pursuit of wisdom, praise, love, marriage, parenting, faith, and on and on and on. To develop my people into maturity I must develop them as soul winners who take an active part in fulfilling the Great Commission. Ergo, I emphasize soul winning in order to help the spiritually mature around me to continue to grow in grace.

For two weeks we have discussed both the bad and good motivations that underlie our soul winning emphasis. For the next two weeks I am going to briefly trace the course of evangelism in church history. This will give us, I think, an increased understanding of how we arrived at the methods and means the church uses today in its evangelism.

See you then, my friends.