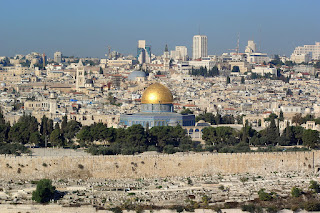 Having introduced this new series with last week’s post I want to jump right into the discussion today. I have chosen Jerusalem as the church we will start with. We will begin by examining its strengths, of which I see five, and move on to looking at its weaknesses, next week.

The first strength I see in Jerusalem is that they were a big church numerically. In Acts 1.15 we find they were composed of a core of 120 committed, sold-out Christians, including the eleven Apostles. In Acts 2.41 they added 3,000 souls. In Acts 4.4 Scripture records they added 5,000 more people. Again, in Acts 5.14 we see multitudes were added. Finally, the Bible says they multiplied (Acts 6.1) and then multiplied greatly (Acts 6.7). Certainly, many of these people were from out of town, but regardless of how you slice it, the Jerusalem church in its early days was a mega-church composed of thousands and thousands of people.

Focusing externally, such a large church projects an outward influence on the surrounding community. It cannot help but be noticed and it has to be reckoned with. This influence can often sway political and societal decisions in the direction of righteousness if the church exerts its influence wisely. Internally, having a large number of people in attendance fosters fellowship for there is always a group within the group that fits your demographic, fits your appetite for ministry, fits your life-stage, etc. Additionally, having a large church allows the organizational fine tuning of encouraging ministries like mothers of newborns, the newly divorced or widowed, those struggling financially, etc. Generally speaking, in a large church no one particular member or group of members has to be overworked. They can choose one ministry, and throw themselves into it without having to be concerned that everything else in the church is going to suffer as a result. Finally, large churches such as these, almost always have exciting church services. The music is spectacular, the entertainment aspect of the preaching is high, and you almost always go away with your spirit lifted after assembling with God’s people.

The second strength I see in Jerusalem is that they were initially united. And when the day of Pentecost was fully come, they were all with one accord in one place (Acts 2.1). This spirit of unity brought three specific advantages as recorded in Scripture. It produced or fostered prayer (Acts 1.14), aided in continued numerical growth (Acts 5.12-14), and enabled a synonymous spirit of joy (Acts 2.46).

When a church is a fussing church, or even just a divided church, or a cliquish church it is almost impossible to exercise any kind of genuine corporate prayer. Church-wide prayer meetings are modeled in Scripture, and modeled as an agreement, literally a symphony of prayer. You cannot have harmony and depth in a prayer meeting if the people are not close to one another relationally. Unity allows prayer, and what does prayer bring? The power and blessing of God poured out on the church in answer to His people’s prayers. Great churches are almost always great praying churches, and great corporate prayer does not happen without unity. The blessing of God often comes as numerical growth; this growth and sweet spirit produces a glad, joyful church. A winning team is always a fun team to be on, and a forward looking, sweetly united, growing church is an enjoyable church to be in as well. 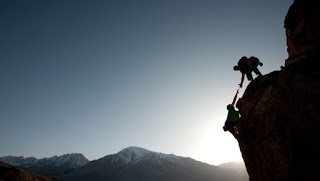 The third strength I see in Jerusalem is that they were thoughtful of each other’s needs. And all that believed were together, and had all things common; And sold their possessions and goods, and parted them to all men, as every man had need (Acts 2.44-45).

The caveat here is that this was in the initial burst of enthusiasm in the heady days following the Ascension as the church at Jerusalem was rapidly developing momentum. Things were new, exciting, and big. Being all-in was what everybody was doing. This kind of spirit is highly difficult to maintain over the medium term, let alone the long term and anyone trying to replicate it should understand that. I would also add that I do not believe this was communism on its face or the elimination of private property. Such a position violates much Scriptural teaching in Proverbs, and various gospels and epistles. At the same time, I cannot help but admire how they took care of one another.

More than two decades ago, as a young pastor, while out visiting one day, I drove my already totaled car (it had been given to me after someone else had recently been hit) directly into the path of an oncoming Chevy Tahoe. I was spared injury, but the car, well, it was toast. I was making so little money at that church that it was impossible for me to replace it. Yet, as word got around of what had happened, I found within a week three different cars had been offered to me for free, and I was back on the road serving my little church in no time. Why? Because God’s people in this generation are often as thoughtful of each other as they were in the first century of the church’s existence. Others offerings, benevolence offerings, disaster relief, food pantries, clothes closets, car repairs, rent payments, medical care, on and on it goes. It warms the heart, does it not?

The fourth strength I see in Jerusalem is that they respected their spiritual leadership. And by the hands of the apostles were many signs and wonders wrought among the people; (and they were all with one accord in Solomon’s porch. And of the rest durst no man join himself to them: but the people magnified them (Acts 5.12-13). The ground is level at the foot of the cross. A church’s leadership is not above anyone but I do believe the Bible both teaches and models a church that pays appropriate honor here. As in so many other things pertaining to the Christian life, a just balance is God’s delight. There are churches that overly admire and praise leadership, and other churches that rarely, if ever acknowledge God’s gift of a pastor among them. The former breed pride in the minister but the latter multiply despair in his heart. Just this week, I have spoken with four different pastors who have recently experienced severe depression, who have either wanted to quit their church, their family, the ministry as a whole, or even this life altogether. In every case, the lack of their church’s appreciation, respect, and fellowship entered into it. The church at Jerusalem was good to esteem them very highly in love for their work’s sake (I Thessalonians 5.13).

The fifth and final strength I see in Jerusalem is that they simply did not quit.

As previously mentioned, this church was enormous – until persecution came. And Saul was consenting unto his death. And at that time there was a great persecution against the church which was at Jerusalem; and they were all scattered abroad throughout the regions of Judaea and Samaria, except the apostles (Acts 8.1). This persecution included not only a tremendous decrease in the size of their church but eventually even the murder of their beloved pastor, James. Yet, in spite of this horrendous cost, they persevered. And when they were come to Jerusalem, they were received of the church… (Acts 15.4) It just continued on.

A church is a living organism. It grows and shrinks. It gets sick and recovers. Just like your own spiritual life, the corporate expression of Christianity fluctuates. It is never exactly the same as it was a year ago, a decade ago, or a century ago. When a church is experiencing one of its inevitable, periodic downswings, it is rather tempting to throw in the towel. The feeling is that it will never get better, only worse. In a tailspin, people tend to constantly compare how bad things are at the moment, with how good they used to be. But many of the priests and Levites and chief of the fathers, who were ancient men, that had seen the first house, when the foundation of this house was laid before their eyes, wept with a loud voice; and many shouted aloud for joy (Ezra 3.12). This is an old and storied problem. 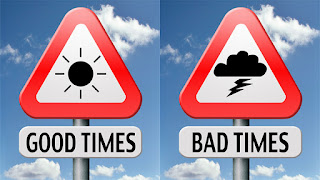 Perhaps your church is not there at the moment. Perhaps it is thriving, exemplifying many of the strengths I have spoken of in this piece. There is numerical growth, a sweet spirit of unity, a willingness to give and serve one another, and an appropriate veneration of pastoral leadership. If so, thank the Lord for it, and move forward. But know this – it is not going to stay that way, not perpetually. Trouble will come, the waves will grow rough, and the old ship of Zion will have to fight her way through the winds and waves, yet again. When that happens, or if that is where your church is now, stay. Just stay, beloved. Stick it out. It is the only way to build a great church.