We have already looked at several failings of the Corinthian church. They were serious, but they were not the largest problems. There are two failings that saturate the church and can be found at the root and the branch of its dysfunction. 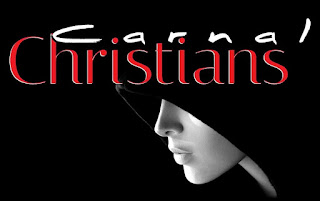 1 Corinthians 3:1-4
1 And I, brethren, could not speak unto you as unto spiritual, but as unto carnal, even as unto babes in Christ. 2 I have fed you with milk, and not with meat: for hitherto ye were not able to bear it, neither yet now are ye able. 3 For ye are yet carnal: for whereas there is among you envying, and strife, and divisions, are ye not carnal, and walk as men? 4 For while one saith, I am of Paul; and another, I am of Apollos; are ye not carnal?

Someone who is carnal is under control of the appetites of the flesh. It is a root issue in many of the failings of the Corinthians. In sexual sin? Obviously. But Paul identifies it as the root issue here, as well.

We see it throughout the Corinthian church, people doing what they want instead of what is wise or right. Following their appetites, their feelings. Following the preacher they like best, eating food known to be sacrificed to idols because they like it with no regard to who may be hurt by it, engaging in fornication. Following the flesh.

Our world is dominated by this ethos: What feels good, is good. Sadly, churches and Christians have adopted the same principle. Choices are made about worship, about whether to witness, about entertainment, about the speech we use, and about every other aspect of ecclesiastical practice and modern life, based upon what our flesh is inclined to do. The criteria used for choice is no longer, “Is it right?” but rather, “do I like it?”

This is a dangerous position. Jeremiah 17:9 warns, The heart is deceitful above all things, and desperately wicked: who can know it? Our flesh is the producer of our appetites and a major factor in our emotions, and it is at war with the spirit of the saved person. To invite it to have controlling influence on decision-making is a terrible mistake.

Have you ever shopped for groceries while you are hungry? You are tempted to put everything that looks appealing into your cart. If you simply allow your appetite to guide your shopping, you will leave the grocery store with a lot of food and an empty wallet. Just as it is necessary to follow your shopping list, the Christian must walk in the Spirit and obey the Word of God.

5. They were puffed up

1 Corinthians 8:1-3
1 Now as touching things offered unto idols, we know that we all have knowledge. Knowledge puffeth up, but charity edifieth. 2 And if any man think that he knoweth any thing, he knoweth nothing yet as he ought to know. 3 But if any man love God, the same is known of him.
1 Corinthians 4:18-19
18 Now some are puffed up, as though I would not come to you. 19 But I will come to you shortly, if the Lord will, and will know, not the speech of them which are puffed up, but the power.
1 Corinthians 5:2 And ye are puffed up, and have not rather mourned, that he that hath done this deed might be taken away from among you.
1 Corinthians 13:4  Charity suffereth long, and is kind; charity envieth not; charity vaunteth not itself, is not puffed up, 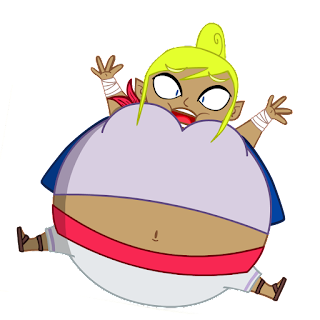 The phrase “puffed up” appears six times in 1 Corinthians and once (Colossians 2:18) in the rest of the New Testament. It was clearly a problem in the Corinthian church, and Paul was sharp in his identification of it. What does it mean? The root sense is of inflation, as in, inflating oneself. It is to make oneself proud, to inflate one’s own worth. It is, essentially, pride.

There was raging pride saturating the church at Corinth. We find this ironic, because it is the church with the most troubles recorded in the New Testament. But it is not surprising. Pride, by its nature, ignores flaws and sin where it exists and imagines strength and quality where it does not exist. Pride is never merited in a Christian, but it is interesting that its presence is typically in inverse proportion to the worthiness of the subject.

Pride manifests itself in manifold forms. It may be in one’s inclination to get into conflict or the way one endeavors to succeed. It may be in the way one speaks, or in the way one draws attention to oneself, or even in how one emphasizes the miseries of their own life compared to others. Any time the key individual in someone’s life is themselves instead of Jesus Christ, they are puffed up. The root issue is an inflation of oneself, and Christian servants are all too prone to it. 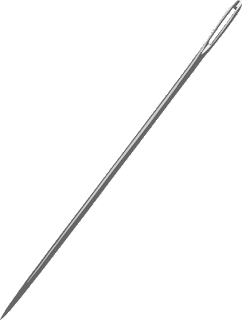 Since pride hides in plain sight, it is necessary for Christians first to recognize that even faithful servants of Jesus Christ are capable of pride, and to examine their own behavior and actions. Search for inflation bubbles and puncture them.

Like the Corinthians, we may need a sharp needle. Less flesh, less pride, more of Jesus.