Corinth was rebuilt by Julius Caesar in 44 BC following its destruction in 146 BC by Rome. The “new” city was a mixed multitude of Roman, Greek, and Jewish citizens, and as a consequence the church was influenced and affected by those cultures. There was a great opportunity for influence, and the church had some great strengths.

However, the Corinthian church is best known for its problems. It is, perhaps, a harsh thing to focus on a church’s weaknesses so heavily. However, God has preserved a clear record of the failings of the Corinthian church for our benefit, and we do well to learn from their flaws. In two installments, then, let us examine the weaknesses identified in the Bible of the church at Corinth.

1. They were divided
1 Corinthians 3:1-7
1 And I, brethren, could not speak unto you as unto spiritual, but as unto carnal, even as unto babes in Christ. 2 I have fed you with milk, and not with meat: for hitherto ye were not able to bear it, neither yet now are ye able. 3 For ye are yet carnal: for whereas there is among you envying, and strife, and divisions, are ye not carnal, and walk as men? 4 For while one saith, I am of Paul; and another, I am of Apollos; are ye not carnal? 5 Who then is Paul, and who is Apollos, but ministers by whom ye believed, even as the Lord gave to every man? 6 I have planted, Apollos watered; but God gave the increase. 7 So then neither is he that planteth any thing, neither he that watereth; but God that giveth the increase.

1 Corinthians 6:1, 5-7
1 Dare any of you, having a matter against another, go to law before the unjust, and not before the saints? ... 5 I speak to your shame. Is it so, that there is not a wise man among you? no, not one that shall be able to judge between his brethren? 6 But brother goeth to law with brother, and that before the unbelievers. 7 Now therefore there is utterly a fault among you, because ye go to law one with another. Why do ye not rather take wrong? why do ye not rather suffer yourselves to be defrauded?

The most visible source of the division was an exaggerated effort by members to identify as loyal to either Paul or another preacher that had spent time in Corinth, Apollos. The greater issue was simply their carnal willingness to find a reason to be divided. If it had not been over loyalty to Paul or Apollos, they would have fought over something else.

Division has been a reality in some churches since the very first, when the immense growth at Jerusalem resulted in neglect of Greek widows (Acts 6:1). Even there, at a church filled with enthusiastic converts and eyewitnesses of the resurrection, division occurred. And when it happened, the church had to pause and deal with the issue before progress could occur.

Division in a local church attacks the very foundations of what a church should be. Christ’s command to love one another (John 13:34, 15:12, 15:17) is tossed in the garbage. A place that should be a refuge and a place of encouragement for God’s people in a wicked world is instead a place of contention. Instead of a place that is the pillar and ground of the truth (1 Timothy 3:15), a place that is intended to be God’s embassy on Earth (2 Corinthians 5:20), the unsaved world sees a place that is, at best, no better than the world the local church is supposed to reach. 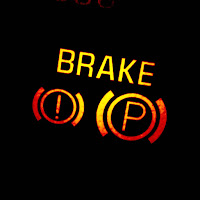 Trying to function as a church in a divided state is like trying to drive a car with the parking brake on. You will make a lot of noise and exert a lot of effort, but you will not move very well.

2. They were guilty of and tolerant of sexual sin
1 Corinthians 5:1 It is reported commonly that there is fornication among you, and such fornication as is not so much as named among the Gentiles, that one should have his father's wife.

Perhaps the most shocking of the sins of the Corinthian church was the open sin within the church and tolerance of it by the people, a level of sexual sin that Paul describes as outrageous even for (presumably unsaved) gentiles.

Sexual sin is pervasive in our society today, but it has always been a presence in humanity’s landscape. It is telling that Paul spends most of his time addressing not the sinner himself, but the church’s response to it. Instead of addressing the sin, they tolerated it.

As our world has embraced sexual sin with increasing vigor, churches have been put in the difficult position of ministering to large numbers of people who are engaged in sins ranging from pornography to adultery to even sexually abusive behavior. The responses have often fallen short of Paul’s instructions to the church at Corinth.

It is not a problem of one stripe of Christianity or another. Churches on the cutting edge of modernism and old-fashioned fundamentalist churches alike have been guilty of placating sexual sin. The methods vary, but the effect is the same. A number of progressive churches have redefined what it means to be a member of a church so that people engaged in known sin may serve in various ministries. Shockingly large numbers of conservative churches have responded to sexual abuse (which, due to its harm to others, is worse by an order of magnitude) by ignoring it, actively covering it up, or aggressively rehabilitating unrepentant abusers back into public prominence.

It is not just the sin, it is the response.

3. They were Disorderly
1 Corinthians 11:17-22 17 Now in this that I declare unto you I praise you not, that ye come together not for the better, but for the worse. 18 For first of all, when ye come together in the church, I hear that there be divisions among you; and I partly believe it. 19 For there must be also heresies among you, that they which are approved may be made manifest among you. 20 When ye come together therefore into one place, this is not to eat the Lord's supper. 21 For in eating every one taketh before other his own supper: and one is hungry, and another is drunken. 22 What? have ye not houses to eat and to drink in? or despise ye the church of God, and shame them that have not? What shall I say to you? shall I praise you in this? I praise you not.

1 Corinthians 14:34 Let your women keep silence in the churches: for it is not permitted unto them to speak; but they are commanded to be under obedience, as also saith the law. 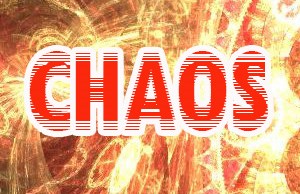 The Corinthian church was disorderly. In the Lord’s Supper, in the role of men and women in worship, and in the use of spiritual gifts (see chapters 12-14), Paul identifies many instances of chaos. The Corinthian church appeared to have a very casual relationship with order.