The biblical Thyatira, today’s Akhisar, is an incredibly old city. Founded around 3000 BC, it currently has a population of some 100,000 people. In Bible times it was the center of the dying industry, as we see from the story of Lydia. (Acts 16.14) Both then and now it contained a sizeable Jewish contingent. However, unlike many of the other cities we have seen, this one was not on the coast of the Aegean Sea but inland about fifty miles or so. It flourished as a headquarters for the dying industry because it was on the nexus of caravan roads that led between what is now Istanbul and the coastal cities of Pergamos, Sardis, and Ephesus. Interestingly, it also contains one of the world’s oldest continuously occupied religious buildings. First built as a pagan Roman temple, it was converted into a Christian church and then finally converted again into an Islamic mosque. Still in use today, it may well be the church building where the church at Thyatira met when John wrote them his short epistle in Revelation 2.
I see in John’s short message four distinct strengths. As before, we will examine these this week and look at the weaknesses of the church in the following post.
The first strength I find in the church at Thyatira was that they were a church hard at work serving the Lord. I know thy works, and charity, and service, and faith, and patience, and thy works; and the last to be more than the first (Revelation 2.19). What jumps out at me here is not just the mention of them but the fact that this service for the Lord was increasing. It was growing. This is something I aspire to for my own church.
Growth is an important concept in the Christian life. We see that in the New Testament emphasis on growth in grace and in the parables of the talents. We see it as well in the Apostles’ request that God might increase their faith.

Luke 17:5–10
5 And the apostles said unto the Lord, Increase our faith.
6 And the Lord said, If ye had faith as a grain of mustard seed, ye might say unto this sycamine tree, Be thou plucked up by the root, and be thou planted in the sea; and it should obey you.
7 But which of you, having a servant plowing or feeding cattle, will say unto him by and by, when he is come from the field, Go and sit down to meat?
8 And will not rather say unto him, Make ready wherewith I may sup, and gird thyself, and serve me, till I have eaten and drunken; and afterward thou shalt eat and drink?
9 Doth he thank that servant because he did the things that were commanded him? I trow not.
10 So likewise ye, when ye shall have done all those things which are commanded you, say, We are unprofitable servants: we have done that which was our duty to do.

Jesus’ answer reveals a startling truth. If all you do for your company is what you were hired to do you are unprofitable to them. Think of it this way: if you are hired to $20 worth of work and you do $20 worth of work they have not made a profit. They have exchanged $20 worth of work for $20 worth of service or product. But if you find a way to do $25 worth of work while they are paying you $20 you have given them an increase, have you not?
You say, “Why would I do that?” Right. That is the union attitude. Why should I do something to make my company or my employer more profitable? That attitude, embraced by union workers the world over, is soundly rejected by every small business owner on the planet. They want growth, they want increase, not just stability.
Now put that mindset into the religious environment. Churches value stability. “Don’t rock the boat. Don’t change too much too fast. Don’t lead us out on a limb. Don’t start too many ministries.” Ah, but God values increase. He is looking for growth, for profit, for return not just custodianship. I am not saying a church has to become unstable. I am saying that to pursue growth like God wants us to, in a variety of areas, we are going to need to prioritize growth like we have historically prioritized stability. Let us give Him an increase.
The second strength is that they were a loving church. Charity is mentioned specifically in Revelation 2.19. John does not say to whom this charity was expressed but it is a wondrous compliment nonetheless. Without this, everything else is pointless, as Paul points out so eloquently in I Corinthians 13.

Whatever else your church is good at, it must be good at loving God and loving people. Else what is the point?
The third strength John mentions is faith. I know thy works, and charity, and service, and faith… (Revelation 2.19) Faith is what births us into the Christian life in the first place, and faith is what deepens us in that Christian life. Indeed, everything we do is supposed to be done in faith. I plan to write a rather long blog series on the subject next year. It is absolutely critical in a Christian and in a church.
The last strength John mentions is their patience. I know thy works, and charity, 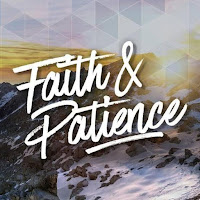 and service, and faith, and thy patience… (Revelation 2.19). Patience and faith often go hand in hand in the Word of God. The latter needs the former like a crop needs rain. But this patience is not something we are supposed to exercise toward God alone. We must also exercise it toward one another.

These four strengths mark the church at Thyatira, but John spends considerably more space exploring her weaknesses. Stay tuned next week as we turn our attention toward those.
See you then.