Last week we examined the church at Thyatira and found four strengths. But as great as those strengths were the simple truth is John places the bulk of his emphasis on the weaknesses there. They were severe, and his language in relation to them is harsh.

Revelation 2:20–27
20 Notwithstanding I have a few things against thee, because thou sufferest that woman Jezebel, which calleth herself a prophetess, to teach and to seduce my servants to commit fornication, and to eat things sacrificed unto idols.
21 And I gave her space to repent of her fornication; and she repented not.
22 Behold, I will cast her into a bed, and them that commit adultery with her into great tribulation, except they repent of their deeds.
23 And I will kill her children with death; and all the churches shall know that I am he which searcheth the reins and hearts: and I will give unto every one of you according to your works.
24 But unto you I say, and unto the rest in Thyatira, as many as have not this doctrine, and which have not known the depths of Satan, as they speak; I will put upon you none other burden.
25 But that which ye have already hold fast till I come.
26 And he that overcometh, and keepeth my works unto the end, to him will I give power over the nations:
27 And he shall rule them with a rod of iron; as the vessels of a potter shall they be broken to shivers: even as I received of my Father.

Clearly, in spite of their strengths, God is angry with this church.
Why?
First, He was angry with them because of the presence of immorality. In the preceding verses we find phrases such as and to seduce my servants to commit fornication, of her fornication, and them that commit adultery. Sexual impurity brings great reproach to the name of Christ. It brings to the corporate body a stain similar to that which it brings to the individual. But whoso committeth adultery with a woman 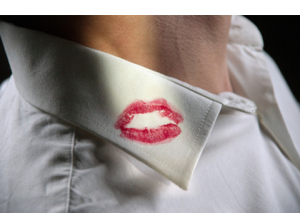 lacketh understanding: He that doeth it destroyeth his own soul. A wound and dishonour shall he get; And his reproach shall not be wiped away (Proverbs 6.32-33). We see this quite clearly in the sternness with which Samuel speaks to David about the Lord’s displeasure in him in relation to his impurity. Because by this deed thou hast given great occasion to the enemies of the Lord to blaspheme, the child also that is born unto thee shall surely die (II Samuel 12.14).

As I sit here writing this I am conscious of how often this seems to come up in churches. Just two days ago I heard of yet another church in which serious and serial fornication had occurred on the part of the leadership stretching back over the past six years. I could not help but hear of it for it is all over the news. Why does it seem to happen in churches so much? Solomon tells us, The adulteress will hunt for the precious life (Proverbs 6.26) There is value in the homes and marriages of those who lead the Lord’s church. There is both present value and potential value. The devil knows that full well, and makes it his special goal to destroy that value whenever and wherever possible. Smite the shepherd, and the sheep shall be scattered the prophet said. (Zechariah 13.7) Pastors, deacons, teachers, leaders of ministries and their husbands and/or wives have a target on their back.
What are we to do? I cannot in one blog post write a theology of holiness. I have chosen to do that in book form, and it should be out shortly. But I will say it is incumbent upon us to be aware, to be wary, to beware. Be sober, be vigilant; for your adversary the devil, as a roaring lion, walketh about, seeking whom he may devour (I Peter 5.8). When immorality is present in the leadership of a church it often ruins the entire generation of younger people who attend there. Older saints have seen it before and take it stride, but younger people often find their immature faith too weak to stand the strain. And in addition to the lives ruined directly, it takes the steam out of churches for decades. No wonder Paul told Timothy, Flee also youthful lusts: but follow righteousness, faith, charity, peace, with them that call on the Lord out of a pure heart (II Timothy 2.22).
Second, and even worse than the first, those who were being immoral were not repentant. This was not something that people were struggling with. They were not struggling at all. They were not fighting a battle and losing. They were not even fighting. And they were hardhearted about it. And I gave her space to repent of her fornication; and she repented not (Revelation 2.21).
God is very aware of the fact that we sin. He knoweth our frame; He remembereth that we are dust (Psalm 103.14) And He very graciously makes forgiveness easy to obtain via confession of that sin. Because of these facts, when His grace is trampled on, when His instructions toward righteousness and His offers of mercy are rudely spurned by His own people it justifiably brings them to the place of judgment. In short, if you harden your heart He will harden His.

Proverbs 1:23–29
23 Turn you at my reproof: Behold, I will pour out my spirit unto you, I will make known my words unto you.
24 Because I have called, and ye refused; I have stretched out my hand, and no man regarded;
25 But ye have set at nought all my counsel, And would none of my reproof:
26 I also will laugh at your calamity; I will mock when your fear cometh; 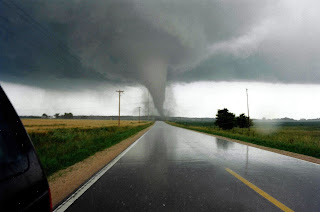 27 When your fear cometh as desolation, And your destruction cometh as a whirlwind; When distress and anguish cometh upon you.
28 Then shall they call upon me, but I will not answer; They shall seek me early, but they shall not find me:
29 For that they hated knowledge, And did not choose the fear of the LORD:

Sadly, we are not yet done with the list of Thyatira’s disastrous weaknesses in relation to impurity. It was present. That is bad. The person in question refused to repent. That is worse. But we are only now getting to worst. Third, those who were being unrepentantly immoral were being allowed to influence others to be impure too. Notwithstanding I have a few things against thee, because thou sufferest that woman Jezebel, which calleth herself a prophetess, to teach and to seduce my servants to commit fornication (Revelation 2.20).
This sexually loose woman was clearly influential in the church. She was a self-proclaimed prophetess or teacher. She developed a doctrine to justify this depravity, and developed a following. Who was Jezebel, historically? The woman who influenced Ahab to become so wicked. But there was none like unto Ahab, which did sell himself to work wickedness in the sight of the Lord, whom Jezebel his wife stirred up (I Kings 21.25). Fornication is disastrous enough. When those who are immoral are unrepentant Scripture is quite clear – they are to be kicked out of the church. The last thing a church should be doing in that situation is allowing them a platform from which to pass on their self-justified sensuality to others in the church.
That is just asking to be judged.