The Rest of the Five

A Philosophy of Personal Evangelism 6

Third, impersonal evangelism strategies such as mass evangelism and niche evangelism cannot be sustained over the long term, and usually not even in the medium term.

From time to time we attempt to have a special day in our church. We promote something 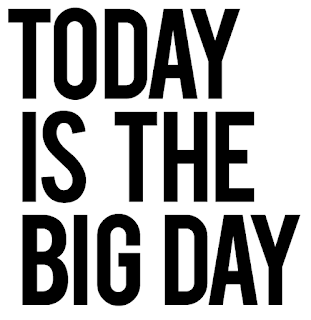 exciting or at least interesting and different. We wind our people up to work extra, pray extra, visit extra, prepare extra, etc. In due course we get a large crowd. But what we cannot do is keep that large crowd. We cannot constantly keep the interest piqued, nor can we keep our lay people working at turbo speeds indefinitely.

On the other hand, what was the testimony of the Early Church? Praising God, and having favour with all the people. And the Lord added to the church daily such as should be saved. (Acts 2.47)

There are only two ways I can think of that a church can evangelize so effectively as to see people saved every day. The first is if it is a mega-church that has some kind of promotion, program, or niche outreach every day of the week. The problem with this is not that such churches exist. Some do and I am glad for all of their efforts at evangelism. But this is not where the typical church lives, nor can it live there. The second way is for a church to be so caught up in soul winning that its people witness constantly, at work, at school, in the neighborhood, or in some organized capacity perhaps. A church like this wins people to Christ constantly and it has little to nothing to do with promotion, targeted group marketing, or any kind of formal program whatsoever. Instead it happens almost organically. Witnessing becomes part and parcel of who your people are in Christ, and that kind of approach is sustainable over the long term.

The fourth weakness of impersonal evangelism is that the individual Christian does not personally participate in witnessing. If I get my people wound up to invite their coworkers to church, and many do that is wonderful. But that is not participation in evangelism. Inviting someone to Sunday School is not evangelism. Manning the dunk tank on a Big Day is not evangelism. Witnessing is one person speaking to another person about his need for Christ with a view of bringing him to a decision. Every Christian is tasked in the New Testament with winning souls, and I short change my people spiritually if I do not give provide them the training, motivation, and opportunity to personally do so. Again, bear in mind, I am not criticizing any service for the Lord, nor am I criticizing those who work so hard to make mass, enlistment, or niche evangelism work. I am saying, however, that I have not helped my people reach their full spiritual potential until each one personally and actively seeks to talk to others around them about Christ. For far too many years I have known too many Christians who have never led a soul to Christ. That is a tragedy.

Lastly, impersonal evangelism has driven American Christianity into the pragmatism of worldliness. This is certainly not true in every case but it is often true.

Allow me to illustrate. Pastor A and Pastor B both know that their church is not reaching their community like it should. Pastor A is visionary, conscientious, and bold leader. To solve the lack of fruit in his church he focuses on teaching his people how to do personal evangelism and on motivating them to continue to do so constantly. Pastor B is also a visionary, conscientious, and bold leader. However, instead of focusing on taking his church into the community to actively witness he focuses on how he can get a greater percentage of his community to attend one of his services, programs, or events. But you can only invite people so many times to the same type of program or event. He must constantly find newer and better ways to motivate lost people to show up. Eventually, out of a sincere and sheer desperation or a misplaced sense of purpose, he grasps that he can motivate the carnal, worldly lost man with carnal, worldly things. So this is what Pastor B does.

Did you ever wonder why the modern edition of American Christianity is so widely soaked in worldliness? There is more than one answer to that question but a large part of the answer is a visionary leader and a burdened church set out to reach the "unchurched", the lost men around them, and they decided the best way to get the unchurched into church was to make the church as much like the world as possible. Contemporary American Christianity has the right motive – they want to reach the lost. But contemporary American Christianity is using the wrong philosophy to do it – get the "unchurched" into church – and is using the wrong method – worldliness – to do so. As long as we view our city as "unchurched" instead of "unsaved" we will focus on getting them into church instead of getting them to Christ, and pragmatism will drive us to increasingly carnal means of attracting them into church in an effort to reach them.

In the past two posts I have given you five limitations or potential weaknesses in impersonal evangelism. Not all of these five things happen in every situation every time. But these five foundational flaws are still there, and a church that chooses to use solely such means to evangelize will often find itself working from a position of weakness rather than a position of strength.